The Spark District was designated in 2011 as part of The City of Jacksonville's resolution to economically and energetically revitalize the downtown urban core.  In response, the Cultural Council raised private funding and offered grants to local artists and organizations with the purpose of activating the district through arts and culture.  Thanks to the generosity of individuals and corporations, especially Florida Blue, fourteen SPARK grants have been awarded since 2013.
Photo Credi: Crux Collective

Our partners in this pilot program included: 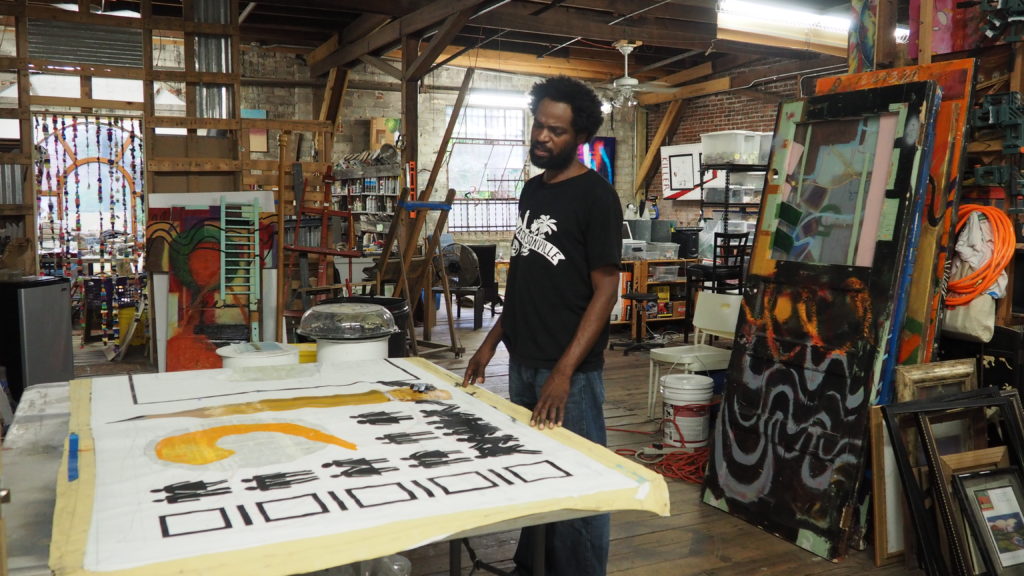 ​Visual artist Overstreet Ducasse was born in Haiti and migrated to the United States at the age of six.  Ducasse turned to art as a means of expression and communication when he was faced with the challenges of an unfamiliar environment, a new language, and a different culture. For Ducasse, art is a universal language and a way to release frustrations and aggravations. 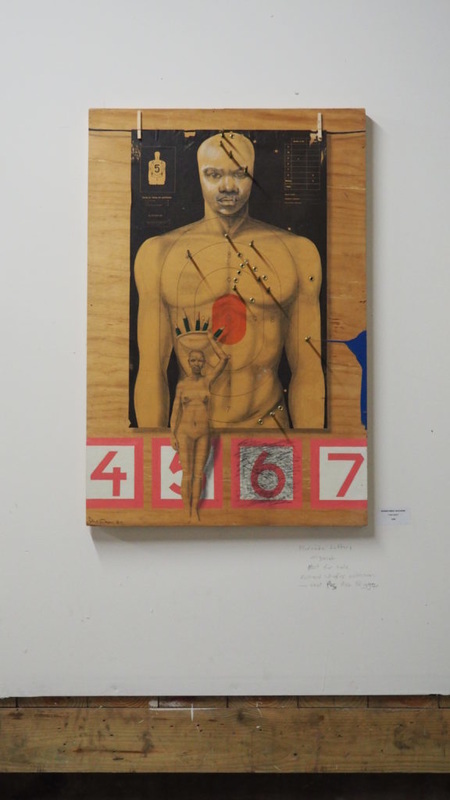 ​Ducasse creates using a variety of mediums.  He describes himself as a “Deepressionist,” a term he conceived to express both the frustrations experienced by the artist and the depth of thought and imagination an artist must exude. Ducasse is a resident at CoRK Arts District in Jacksonville, Florida.  His work is currently on display as part of the exhibit “Lift: Contemporary Expressions of the African American Experience” at the Cummer Museum of Art and Gardens. “Lift” has sparked dialog concerning racism in the United States, which has led to the exhibition being both celebrated and a point of controversy.
​
“I have lived and traveled all across the United States.  Jacksonville is the city I love and the city I call home.  I have exhibited in cities such as Miami, FL, Los Angeles, CA and Oakland, CA.  This is my first opportunity to share my art with the rest of the world.  I am humbled and honored to be chosen to represent Jacksonville, Florida in this exhibition.  I want to thank Tony Allegretti and the Cultural Council of Greater Jacksonville for allowing me to be a part of this.” – Overstreet Ducasse 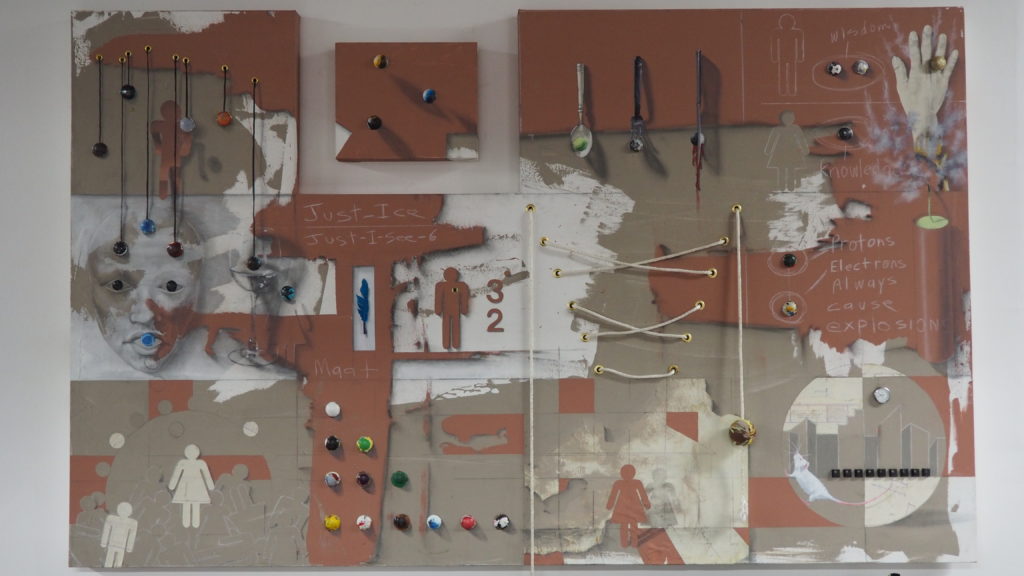 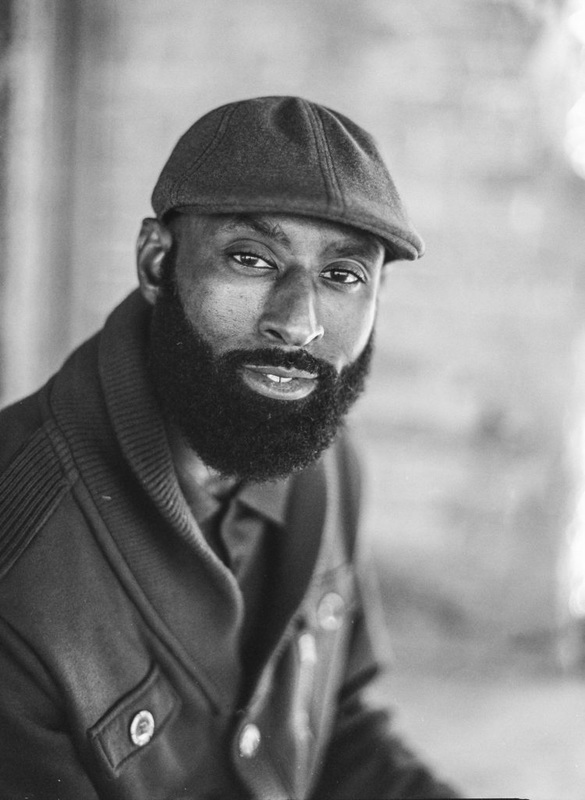 Photo used with permission from Ingrid Damiani
​Mal jones is a Jacksonville hip hop artist, documentarian, community builder, and advocate for the arts in education.  Jones is also the creator and emcee of the award-winning “The Lyricist Live,” a monthly freestyle hip hop gathering that takes place at Jacksonville’s downtown Art Walk.  Through his community outreach, Jones works to create an atmosphere that encourages artistic expression, rewards literacy, and promotes intellectual pursuits. “The Lyricist Live” has a no cursing policy, which challenges participants to rely on a better developed vocabulary.
​
Jones is a 2013 Community Foundation of Northeast Florida grantee and a 2014-2015 Cultural Council Spark grantee.  Jones was also one of six individuals selected by The Florida Folklife Council, which is a part of the State’s Division of Historical Resources, to be named a 2016 Folk Master.
​“This is my first time representing Duval Hip Hop outside of the United States.  I have the opportunity to perform my take on Shakespeare in England, and that’s mind blowing.  This means a lot to me because my father (RIP) had me recite Shakespare when I was 5 years old.  The greatness of this opportunity is not lost on me and I know my father would be proud.  I’m grateful to the Cultural Council for adding this fantastic chapter to my personal journey as an artist.” – Mal Jones 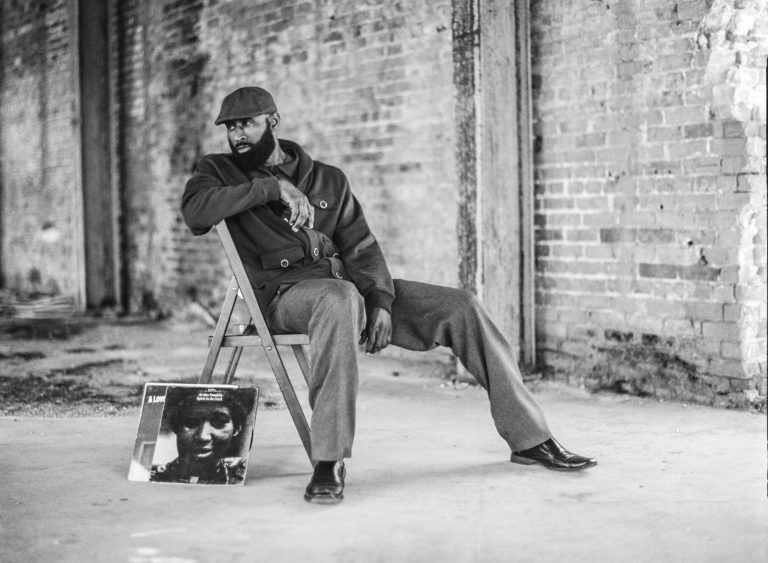 ​Bristol rests in the hills of South West England along the shore of River Avon. Like Jacksonville, it has a strong maritime history.
Bristol has a thriving current and historical art scene.  The city was named a finalist for the 2008 European Capital of Culture.  Bristol has 24 museums, at least a half dozen performing arts theatres, and more than 30 different music venues. Bristol also hosts the Bristol Shakespeare Festival,  an annual festival in July that includes performances and events inspired by William Shakespeare.
​
In addition to their mainstream art scene, Bristol has a vibrant underground scene.  The underground culture is associated with drum and bass music and graffiti art, which, since the early 1990s, thrives in Bristol. Although little is known about his true identity, the graffiti artist Banksy is believed to be from Bristol and many of his works are on display in the city. Trip hop, a sub-genre of electronic music, was largely developed in Bristol.  The bands Portishead, Massive Attack, and Tricky all hail from the city.

The Cultural Council’s Executive Director, Tony Allegretti, had this to say about the pilot program:
​
“Last year we went on a fact finding mission to discover how arts and culture are supported in like-sized cities in the UK.  Bristol was the city with the most in common with Jacksonville, by a long shot.  We kept uncovering similarities and ties between Jacksonville and Bristol.  We decided then and there to build upon those similarities and form a relationship between the two thriving art cities.”

9/25/2016
The Cultural Council and Overstreet Ducasse tour Spike Island,  an international center for the development of contemporary art and design.  Spike Island is a gallery, cafe, and working space for artists, designers, and creative businesses.  Ducasse will join approximately 70 artists who have studio spaces in Spike Island and be an artist in residency during his stay in Bristol.

9/26/2016 – 9/27/2016
Exploration of Bristol’s art and culture, including Banksy Walking Tour and examining murals from UpFest, Europe’s largest street art and graffiti festival.
Collaboration with artists from Spike Island to prepare for and install Ducasse’s solo exhibition.

9/28/2016
Opening of Ducasse’s solo exhibition, “Stony the Road we Trod” at 7:00 PM at Visit Bristol’s Tourist Information Centre. The exhibition will run until October 4, 2016. 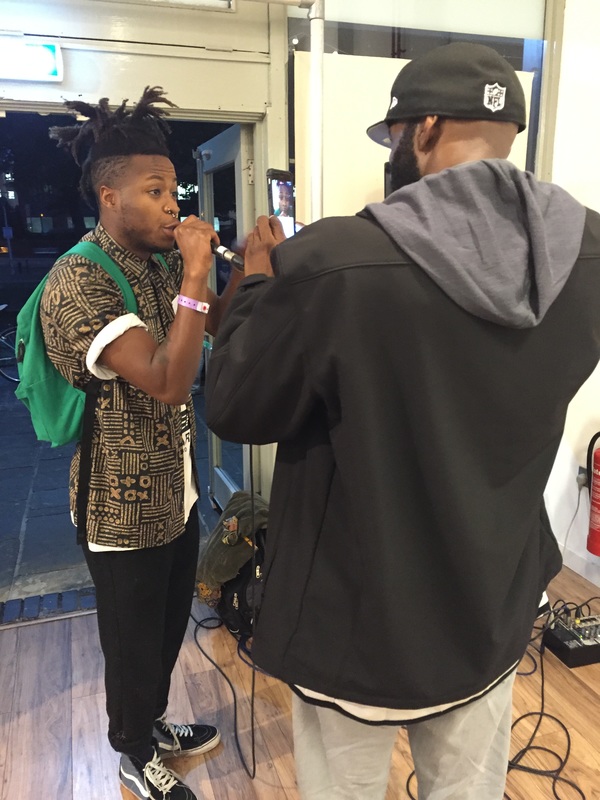 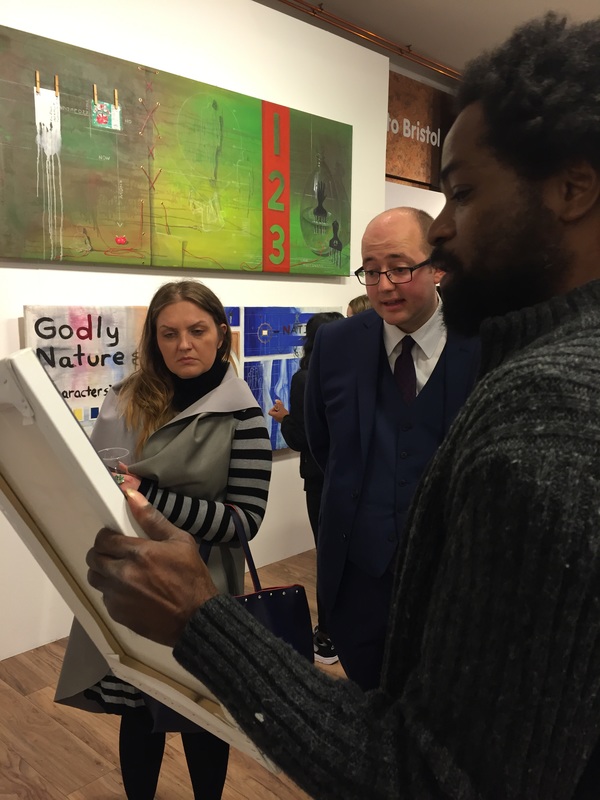 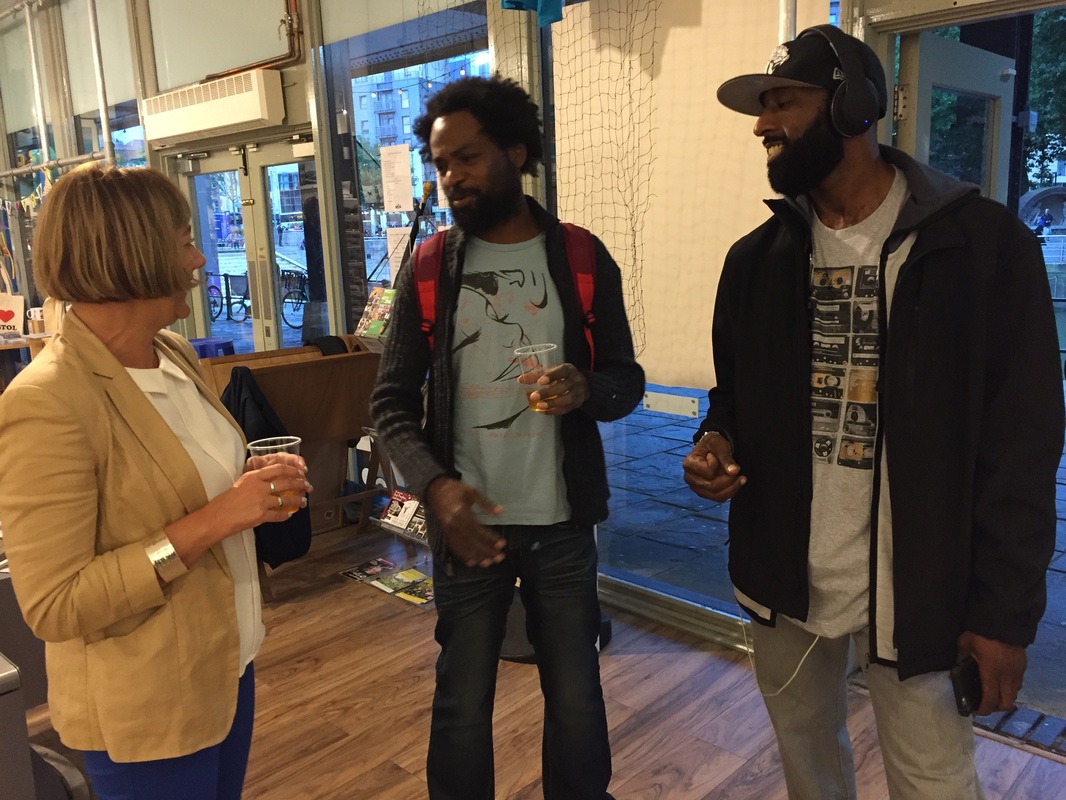 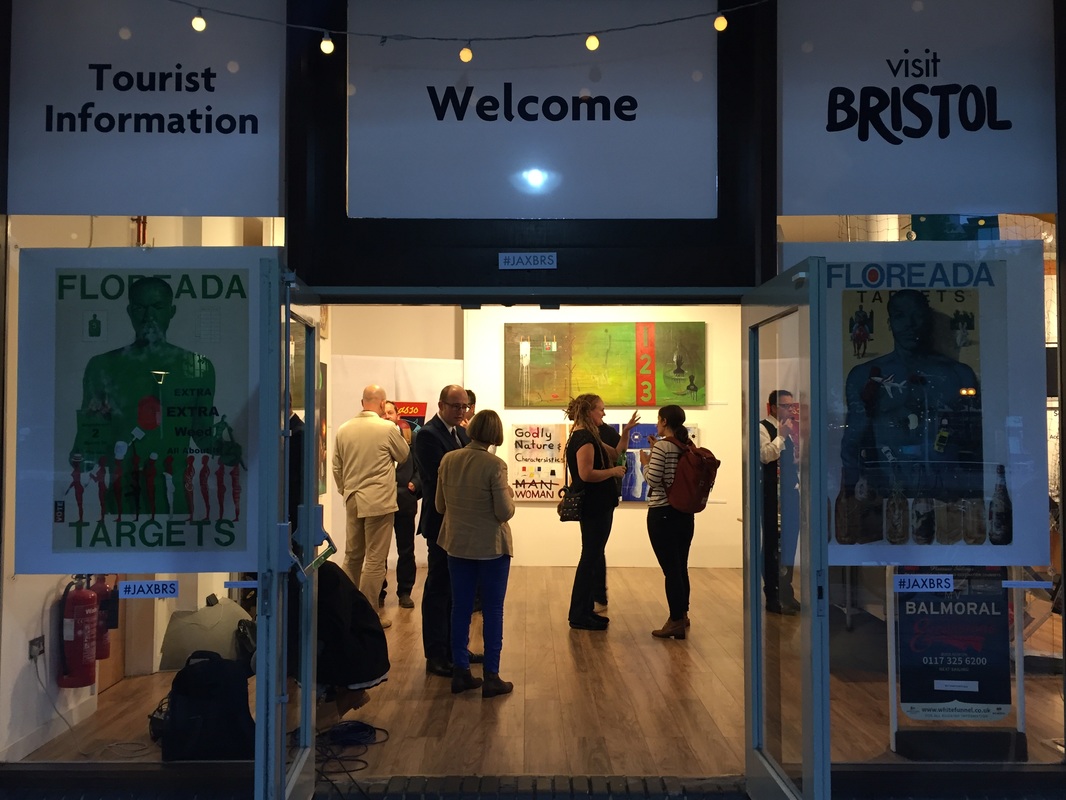